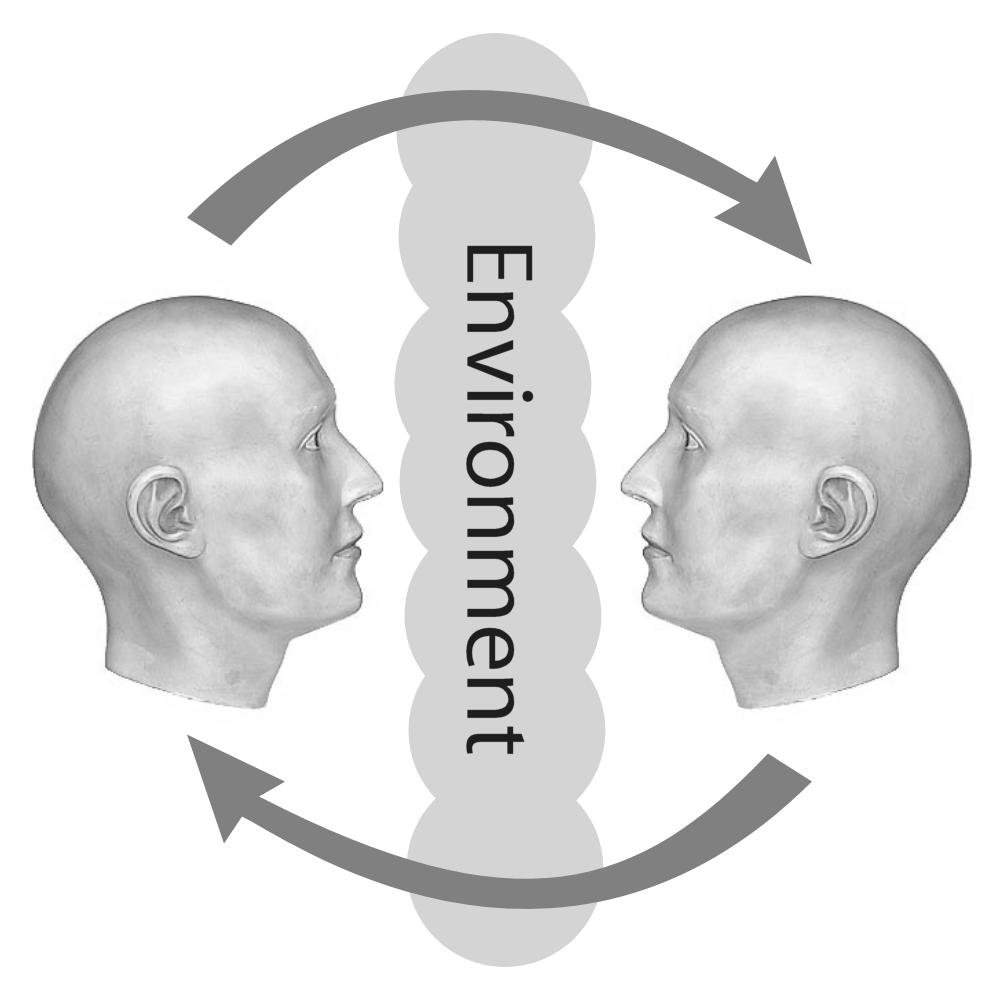 If you've studied or read about NLP then you have certainly come across the concept of rapport. Sadly, most NLP trainers are still teaching the concept in a way which is fundamentally misleading.

For decades, NLP trainers have been teaching students to match and mirror the body posture of a person who they want to 'get into rapport with'. This in turn has contributed to a perception of NLP as being manipulative, a tool to be used to influence someone to like you in order to coerce them in some way.

Firstly, this is simply wrong - if other human beings are, as Scott Adams puts it, 'mindless dolts', so easily influenced, then so are you. The amount of effort and time required to influence the way that someone thinks and behaves is far beyond the scope of, say, a sales meeting or first date. The marketing gurus who promise to teach you the secrets of hypnotic influence are trying to use it on you. How's it working out?

Yes, it's obvious now, isn't it? Human beings are connected to and woven with their environment. Your senses are systems for gathering information about your external environment. You turn your head when you hear your name, a bright flash of light catches your eye, you move when you feel something brush against your leg. Our mind and body and comprised of two fundamentally opposed decision making systems; one is predictive, trying to guess what will happen next, and one is reactive, trying to catch up with what just happened. Your experience of 'now' is somewhere between the two.

How do you know when you are in rapport with someone? It's a sense of being 'like minded', on the same wavelength, right? And how do you know that? Because you see the other person responding to the same environment in the same way as you. Your responses are synchronised, and over time, the activation patterns in your brain become synchronised.

Therefore, you don't get into rapport with someone by copying what they're doing, because what they're doing is in response to the environment that they're sensing. OK, so if you copy them fast enough, they might  at an unconscious level think that your responses are aligned with theirs, however in reality you'll always be too late because your reactive system is laughably slow. When you think you're responding instantly, you're actually a second or so late. You might not think that's much, but try crossing the road and dodging an oncoming car a second too late and see how it feels.

The delay is long enough to alert the other person, consciously, to what you're up to. Hence, the professional buyers in large retailers receive training to help them spot the matching and mirroring training received by the sales people who are trying to influence them. Seriously!

Genuine rapport is built when two or more people, in the same environment, experience the same sensations and respond in the same way, at the same time. When this happens, what do you do? You look at each other in surprise and laugh, right? And that experience brings you closer together. This might be why horror movies are such a good way to build a romantic connection. "Oh! We both jumped out of our seats at the same time! How cute!" A shared experience is a shared inner experience as well as an external one.

In a crowd of strangers, what makes you feel drawn to some people and not others? At a networking event, what makes some people seem more approachable than others? I propose that it is a sense of shared connection to the environment, judged on the basis of the people who look how you feel, the people who are responding to the enviornment in the same way as you are. Like minded people.

Humans - in fact, all forms of life on Earth - are inseparable from the environment. You cannot physically disconnect, ever. You are always seeing something, hearing something, feeling the ground beneath your feet, the air on your skin. Our senses connect us through this environment to each other. Only are minds can detach from the outside world, by creating new sensory worlds that only exist on the inside. For example, when you're dreaming. Now, if you shared a dream with someone, how powerful would that be? Some night take this as proof of telepathy, others might say that if two people shared the same real-life experience, they would probably have a similar dream featuring that experience. For people who live together, having different dreams might be more unusual.

Your brain is a decision making system which, in part, supports the prediction system that we could call the mind. Your mind remembers, compares, analyses and attempts to figure out what's about to happen, keeping you safer by being one step ahead. Your mind increases the chances of those predictions being right by testing out multiple possibilities. This is so woven into your experience of life that you don't even notice it. You do it when choosing from a menu in a restaurant, and you do it when mentally rehearsing a conversation with your boss. Your mind can simulate multiple realities, and your body then takes action and one of those possibile realities takes form in the physical world. In other words, you tell the waiter what you would like, or you walk into your boss' office and start talking. As soon as your muscles move, your dream becomes reality.

When your brain is synchronised with another person's, you feel like you could guess their responses, you could predict their actions, and you would probably be right. This is because their mind is making the same predictions as yours, using the same raw data. Put the same numbers into two different calculators and you would be surprised if the results were not the same.

So instead of looking to others for rapport, look to the environment. Notice the forces acting upon you and respond to those, first. Your brain will fine tune the details for you.

If you follow the teachings of many NLP trainers and authors, you'll be copying the actions of the person you want to influence. First, you won't be paying attention to how much they're influencing you, as rapport is a cyclic process, not one way. Second, you will by definition be copying them around a second too late, and that incongruity will alert their conscious minds to the fact that you are trying to copy them, which is counter-productive.

How, then, do you 'build rapport'?

Imagine you are in a room with a number of people. None of you know each other. One of them has her arms and legs 'pulled in' and is rubbing the outsides of her arms. You surmise that she looks as if she feels cold. Do you start copying her gestures? What if you say, "Chilly, isn't it?" You have side-stepped the issue of timing by commenting on what you imagine she is experiencing. You will have seen

Imagine you're sitting on a train. Opposite you, a young man is resting his chin on his hand, staring out of the window with a far-away look in his eye. You could emulate his pose, but for what purpose? What would he think? Instead, you might say, "I wonder if they're thinking about you too?" How surprised would he be that you could read his mind?

My suggestion is that we cannot 'create' rapport, it is already created for us. We cannot 'build' rapport by copying a person's gestures, because our gestures will lag behind theirs by a long enough delay that they will notice, and that will break rapport. What we could do, which neatly takes away the timing issue, is to comment on the environment in a way which creates a sense of shared experience. To comment means that we have noticed, and to notice is to join in the experience. In NLP and hypnotherapy, we call this 'utilisation'.

You might also like to watch a video on this subject, which is the edited highlights of a NLP Graduate Group session from January 2021.